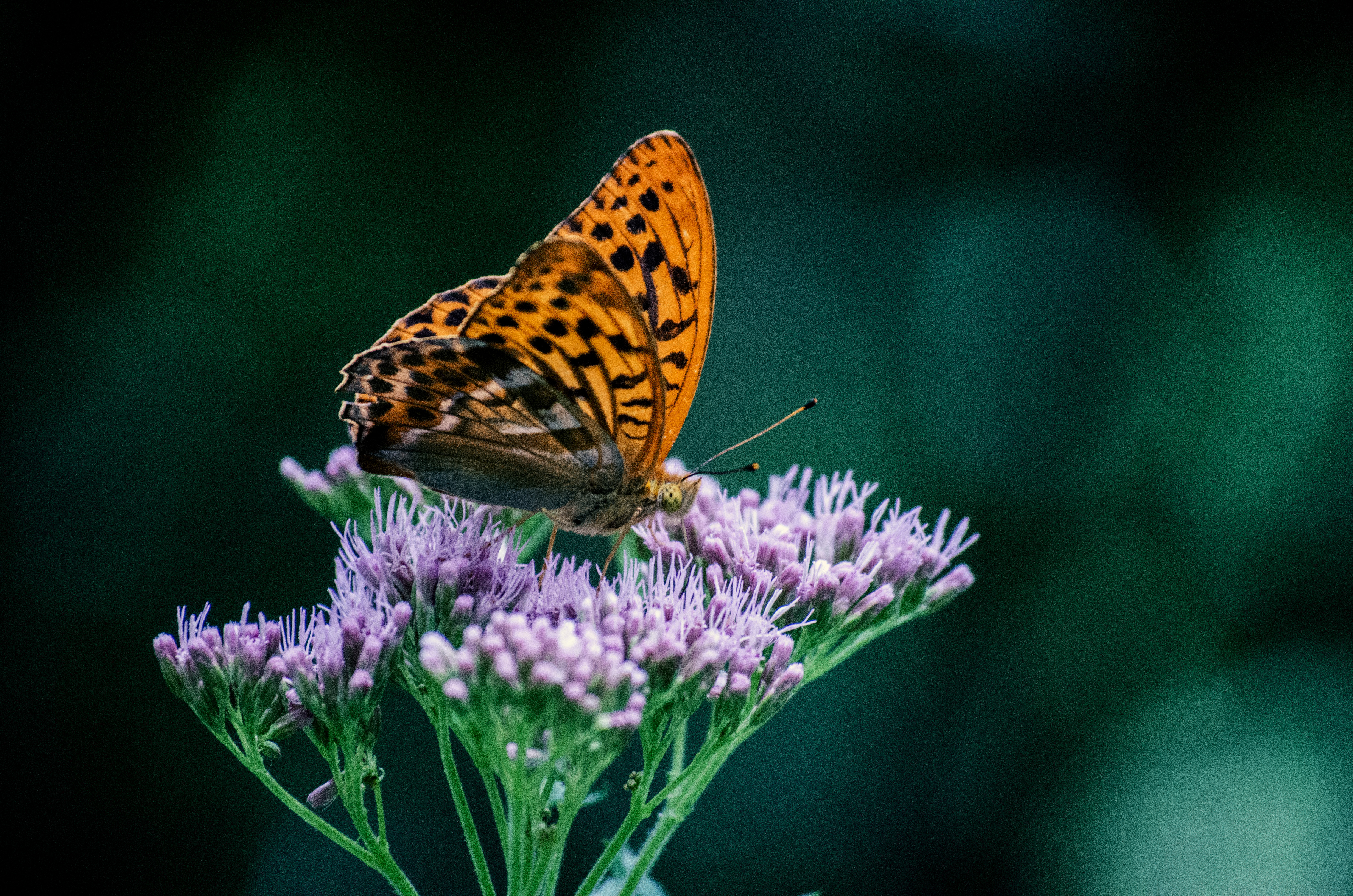 Rockwood is proud to announce the 2017 cohort of the Returning Citizens Fellowship!

Through the generous support of the Agnes Varis Trust, Rockwood was able to launch the second year of this program to provide leadership development opportunities to formerly incarcerated, emerging leaders to transform the stigma of incarceration while upholding the dignity and humanity of all people, regardless of relationship to the criminal justice system.

Please join us in congratulating the 2017 Fellows: 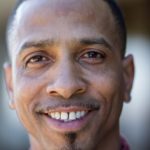 Obie is founder and director of Exonerated Nation, an organization dedicated to supporting exonerees with housing resources, job resources, community, healing, and leadership training. He is an exoneree of the State of California, a motivational speaker, advocate, and consultant of the wrongfully convicted and lobbyist for justice. 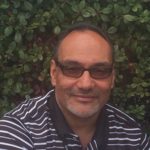 Robert is committed to promoting awareness and education around the disease of addiction. He started as a peer counselor and transitioned his way to Program Manager of a men and women’s outpatient center for alcohol and drug abuse. He has been working for a nonprofit for over 14 years that focuses on recovery and wellness services. When human beings experience alcohol and drug-related issues it is not uncommon for their lives to become unmanageable, so Robert’s passion is helping clients who suffer from alcohol and drug impairments to be empowered to overcome their barriers. He knows that no single approach is the right one for every individual, and so he has been trained in a range of modalities including motivational interviewing strategies and techniques, cognitive behavioral therapy, seeking safety, trauma-informed mental health services, and anger management. 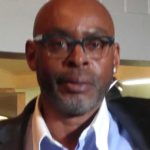 DC works as a Peer Support Specialist with the Mental Health Intensive Case Management, Social Work Services unit of the US Department of Veterans Affairs, VA Palo Alto Health Care System. His role as a peer support specialist is to provide various services and to engage regularly with Veterans who are mentally challenged. His services range from providing guidance, advocacy, support, and expertise in navigating the VA service system, serving as a role model veteran in recovery, and providing guidance regarding evidence-based practices and programs for Veterans. 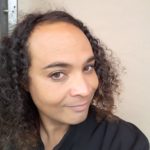 Cookie works as a data entry specialist for the Transgender, Gender Variant, Intersex Justice Project (TGIJP). Her current work is to ensure that TGI’s longstanding prison correspondence program Mail Night goes smoothly, including training volunteers, and ensuring that TGI is equipping people inside prisons with resources. In addition, she is responsible for processing mail, database upkeep, and filing. Cookie speaks as an advocate for TGI’s work within the community and supported policy legislation SB310, including lobbying and public speaking. In addition, she conducts trainings for local businesses on being trans-inclusive. She is 47 years old, loves life and positive people, and is looking forward to adding leadership development as a part of her transitional learning process. 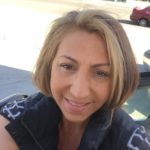 Since 2008, Kimberli has worked as the reentry coordinator for the San Francisco Sheriff’s Department Five Keys Charter School and Programs. In 2006, after spending years on the streets battling drug addiction, she graduated from Walden House, a residential treatment facility that taught her both how to beat drug addiction and overcome the barriers to employment for the formerly incarcerated. While there, she utilized every reentry resource available and landed a position as an intern at the Public Defender’s Office. She began to help others off the streets, out of jail and into treatment. In 2010, Kim was appointed by the San Francisco Board of Supervisors to sit on the Reentry Council a voice for the formerly incarcerated. 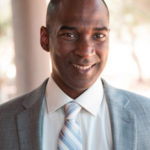 David is the operations manager for the Prison University Project. He graduated from Patten University with an Associate of Arts degree while incarcerated. He continued his education at San Francisco State University and recently graduated with a Bachelor of Arts in criminal justice. David is a co-founder and former director of reintegration for the Alliance for Change. He currently connects with prison programs and organizes volunteers to meet newly-released people at the gate with a “welcome kit” of basic necessities critical in assisting them with reintegrating into the community functionally, socially, and emotionally. 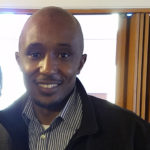 William lives in Oakland, CA, but was born in Greenville, NC. He is his father’s only child and the youngest of three for his mother. William was brought to California at three years old, with his parents, to live with family members. Not too long afterward, his parents split up and his mother went back to North Carolina. For most of his life, he was raised by his father. In reflecting on the younger years of his life, he describes himself as a “good kid in both school and behavior”. He is 37 years old. 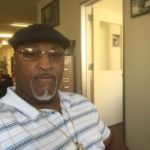 Jerry is a formerly incarcerated man. He works for Rubicon Programs as Community Connection Manager. He is also a proud member of All Of Us Or None, and he participates in a host of community projects and social justice issues. His life pursuits are based on the restorative justice concept of universal healing. His educational background comprises of a Master’s Degree in Forensic Psychology and is currently a PhD candidate in the field of Forensic Psychology. Jerry’s life journey has taught him how essential it is for people (including formerly incarcerated people) to speak and be heard in their own voices. He believes that people without a voice are a people without hope. His focus is toward the achievement of full human and civil rights for everyone. 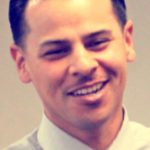 Cristian is a mentor, facilitator, organizer and advocate for youth. He has worked in the nonprofit sector advocating for pro-choice women’s rights and reproductive health. Collectively, through the Male Involvement Initiative, he focused on male participation in partnership health, as well as coordinated Young Men as Fathers, a support group for teenage dads. In addition, one of his passions is working with incarcerated youth, bridging education and community resources to empower youth to make better choices. Currently, he is working on justice policy and implementation of funding towards building stronger families and safer communities. In his free time, he coaches youth sports with teenagers ages 14-16. He hopes to continue strengthening his ability to communicate, organize, and develop leadership. 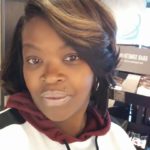 Dani is a 49-year-old mother of four children and four grandchildren. She is formerly incarcerated. Since redirecting her life, she has focused on getting an education, maintaining employment, and working on living life on life’s terms. She is currently into her second year of her Master’s Program in Counseling Psychology. Dani enjoys quiet time, cooking, and being with her family and friends. 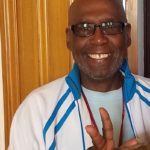 Ernest is an on-call driver for HealthRight360. He has served as Chairman of the Support and Opportunities Subcommittee of the San Francisco Reentry Council. Ernest strongly believes in the power of community: “It is not too late to be the person I could have been: A helps B, and A gets better.” He held a leadership role in the Community Appreciation Dinner for families of people in custody, and former prisoners, a joint venture with the Restorative Justice Ministry of the Archdiocese of San Francisco, San Francisco Adult Probation, and the San Francisco Reentry Council to recognize the need to support and sustain family members and loved ones of prisoners. 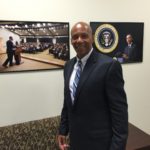 Pat is currently the Programs and Site Manager for Rubicon Programs, Inc., Antioch. Prior to this role, Pat worked for Contra Costa County’s Reentry Network Management Team where he developed meaningful opportunities for those who were returning back to the community from incarceration. Upon Pat’s release, he created and directed the Sexually Exploited Minor’s program for Bay Area Women Against Rape. Pat’s hard work and dedication to these victims earned him the FBI Director’s Community Leadership Award, the District Attorney of Alameda County, Nancy O’Malley’s My Hero Award, Freedom House’s Stewardship award, and the California Association of Black Lawyers Community Leadership Award. Pat currently attends San Francisco State University as an undergraduate pursuing a degree in sociology. He was acknowledged in a ceremony at the White House by former President Barack Obama for his work in advocating for higher education in the prison system. Pat and two of his colleagues received The National Medal of Humanities award representing the Prison University Project. 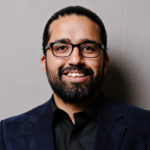 Danny is a 2016 Soros Justice Advocacy Fellow at the Opportunity Institute. Working with the Opportunity & Justice team, Danny is creating a network of students and alumni throughout California who successfully transitioned from incarceration to higher education. Danny was a John W. Gardner Fellow in Public Service at the Vera Institute of Justice and Rutgers University’s NJ-STEP program. He graduated from UC Berkeley in 2015 with a degree in Ethnic Studies, and was a Ronald E. McNair Scholar, conducting research on the school to prison pipeline. Danny was a Peter E. Haas Public Service Leader at the Ella Baker Center for Human Rights, where he researched the economic impact of incarceration on communities of color. At UC Berkeley, he co-founded the Underground Scholars Initiative, an organization dedicated to supporting formerly and system impacted students. He has received numerous awards in recognition of his leadership and service. 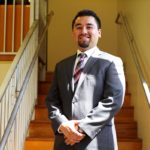 Brayan serves as the Program Coordinator for the Youth Law Academy (YLA). Prior to joining Centro Legal de la Raza, Brayan was an intern with Motivating Individual Leadership for Public Advancement (MILPA) and previously worked at the W. Haywood Burns Institute as an administrative program associate. Both positions focused on strategies to address and dismantle structural racism in juvenile justice systems across the nation. As a formerly incarcerated youth, he received his GED from juvenile hall, earned two AA degrees from College of San Mateo, and graduated from UC Berkeley in 2014 with a degree in Peace and Conflict Studies. While attending Cal, he worked as a college advisor aide with UC Berkeley’s Pre-College TRiO Talent Search program where he provided services to students that included academic advising, mentoring, and college admissions awareness. Brayan’s challenges did not stop him from becoming an expert in college admissions and he is excited to work with students to help them overcome their challenges. 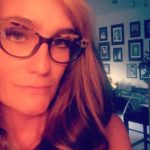 Sabrina serves as job developer at America Works. After spending six years at Delancey Street, she graduated and began work in the restorative justice movement to support people coming out of prison to acclimate and find employment. Sabrina contracts with state, federal, and county probation/parole departments. She is 48 years old. 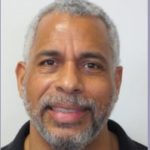 Charles is 57 years young and was born and raised in San Francisco, CA. He has spent more than 28 years of his life incarcerated resulting from three drug trafficking convictions. He has realized the immorality of his actions and hopes to do some reclaiming, rebuilding, and restoring of plagued communities. He hopes to do this by defining “Ourselves” to the world. 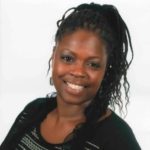 Driven, caring, and resilient, Shannon’s knowledge and professionalism are supported by over 12 years of experience in the nonprofit social services sector. Shannon currently serves as a housing and financial counselor at the San Francisco Housing Development Corporation and facilitates weekly support groups for women. Shannon finished her Bachelor’s degree from San Francisco State University in Liberal Studies with an emphasis in Creative Art, and a Master’s degree in Nonprofit Administration from the University of San Francisco. In 2011, she co-founded Solutions for Women, a grassroots, San Francisco based, nonprofit serving women. Her focus at Solutions has been to teach women life skills, help them develop self-esteem, and provide emotional support needed to live strong, independent lives as they transition back to being healthy, law-abiding citizens. 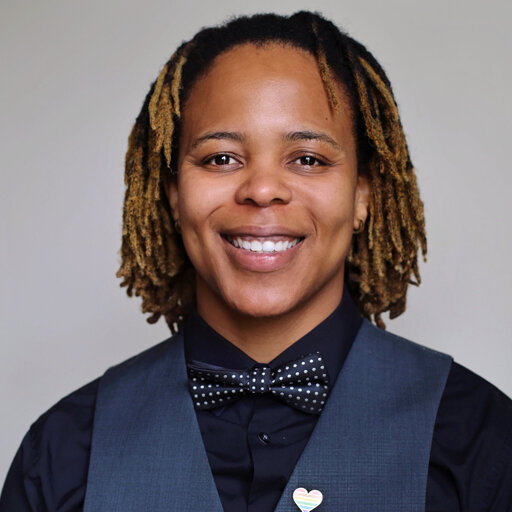