By Ally TufenkjianMay 10, 2022No Comments 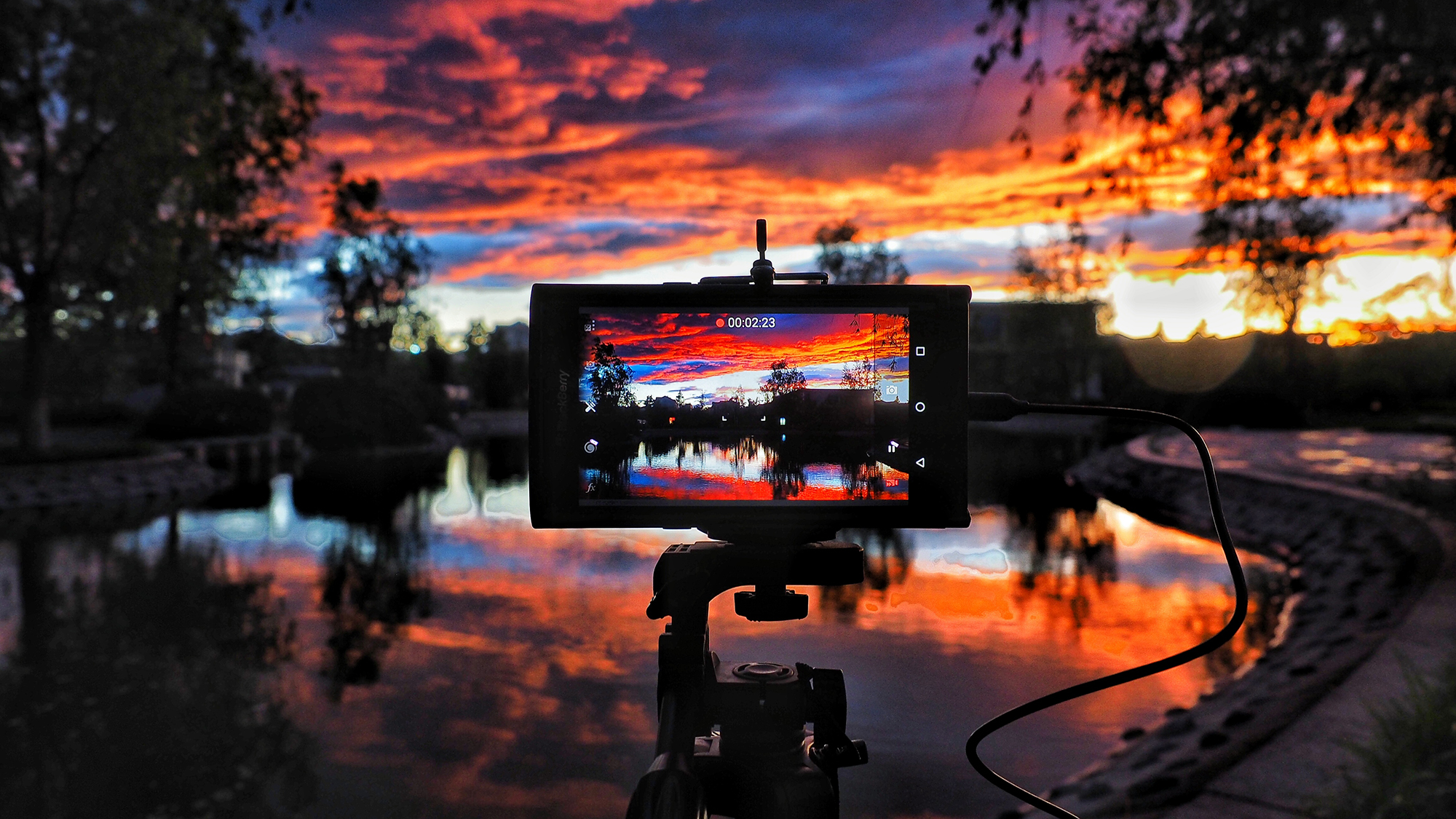 Rockwood is proud to announce the 2022 cohort of the Rockwood Documentary Leaders Fellowship (formerly JustFilms)! This fellowship brings together 12 leaders working at the intersection of storytelling, film, and social change to learn powerful skills that will shift their capacity for leadership and collaboration. This cohort represents a wide range of established leaders in the film and digital storytelling sectors including: organizational leaders, media impact producers, filmmakers, thought leaders, curators, archivists, and critics. Through two retreats, peer coaching sessions, and additional leadership support, they will develop stronger working partnerships with each other and leaders of other social movements.

The 2022 Documentary Leaders fellows are:

Karim is a writer, culture strategist, member of the Guild of Future Architects, and the main author of the recently published Restoring the Future report, a manifestation of a worldbuilding and industry organizing initiative co-created by a coalition of arts organizations. He was previously the Director of Outreach & Inclusion at the Sundance Institute, and a Senior Strategist and Senior Producer at ITVS. He is the Creator and Showrunner of the groundbreaking science fiction series, FUTURESTATES, and the writer of the upcoming speculative fiction comic book, DIVIDE. He can be found on Twitter as @thatkarimahmad

Jeanelle is a Haitian-American film programmer and grants professional interested in redefining investment, sharing power, and embracing risk. Currently, Jeanelle leads the Original Voices Fellowship presented by NBCU Academy and NBC News Studios. Born and based in New York City, her work is centered on the visual and sonic culture of the future — what does creative freedom look, sound, and feel like? She aims to deepen our sense of belonging through liberatory art-making and viewing experiences, nurturing truth and beauty forward.

Darian is a filmmaker, digital media educator, founding member, and co-executive director of the nationally known film and digital media organization Youth FX. She has shot, directed, and produced over 50 short documentary, narrative, and experimental films. In 2016 Darian co-founded NeXt Doc, a year-long documentary fellowship designed to amplify the voices of emerging documentary storytellers between the ages of 20-24 from diverse backgrounds. As an educator, Darian uses film and digital media as a means to empower and inspire black and brown youth in a wide range of Youth FX programs that arm them with the skills, techniques, and access needed to create films based on their own realities and imagination. Darian is currently working as a producer on Ira McKinley and Bhawin Suchak’s feature-length documentary film Outta the Muck which is supported by Sundance Institute and iTVS.

Jesús serves as the Lead Content Creator for The Center for Cultural Power, and is an undocumented artivist. Co-founder of UndocuMedia and DreamersAdrift.com. He immigrated from Mexico City, Mexico in 1986 with his family, grew up in Southern California, and graduated from CSULB in 2008 with a degree in Sociology and Chicano Latino Studies, with an emphasis on immigration. A musician, photographer, videographer, thinker and writer, and avid record collector, his main area of concentration has been video and photography work around the undocumented experience in the U.S.

Monika is an independent filmmaker and the Senior Director of Programs at Firelight Media, a non-profit organization that supports and develops non-fiction filmmakers of color. Monika previously was head of programs at Tribeca Film Institute, and managed content and funding initiatives at the Independent Television Service (ITVS). Monika has more than a decade of experience producing for public media, from directing her debut film Lost Souls (Animas Perdidas), which chronicled the journey of her uncle, a U.S. military veteran deported to Mexico and bowed on Independent Lens, to producing for World Channel, American Documentary, the Peabody-award winning PBS series Latino Americans, and most recently on the Sundance Institute and ITVS-supported Love in the Time of Fentanyl. Monika has served as a mentor for CAAM, Big Sky, and 4th World Media Lab; a juror for Blackstar and Hot Docs; and is on the board of the Points North Institute.

As a director, Jason has been a prolific filmmaker for over the past 20 years. He has directed four short films and four feature length-documentary films. One short film, Olivia’s Puzzle premiered at the 2003 Sundance Festival and qualified for an Academy Award. In 2005 Jason was diagnosed with primary progressive MS and he turned the camera on himself, advocating for people with disabilities through his films. He also founded the nonprofit, AXS Lab, in 2009 to serve people with disabilities through film, media, and technology. Following the success of his Emmy Award winning film “When I Walk” Jason premiered his sequel “When We Walk”, at the 2019 Hot Docs Film Festival, which won best documentary at CAAMFest, and had its New York debut at the Human Rights Watch Film Festival. Jason is currently working on the last of the trilogy “How to have a Midlife Crisis.”

Fallon is a queer Southerner with a decade of experience in arts and media administration and fundraising and a passion for resourcing artists and social justice storytellers, especially those who live and work outside of economic centers of power. Fallon leads the institutional fundraising for Exposure Labs’ operations, impact campaigns and climate and tech reform programming. As Executive Director of New Orleans Film Society, they expanded the regional focus of NOFS and its flagship event, New Orleans Film Festival. With Fallon’s guidance, NOFS introduced the Southern Producers Lab and a regional field-building convening, South Summit, to a year-round suite of artist development programs for independent filmmakers, prioritized artist remuneration, and expanded its grant making capacity. They live in New Orleans where they raise funds for harm reduction efforts in their spare time, and co-host an open invitation dinner in the local tradition of red beans and rice on Mondays.

Angie has worked in independent film since graduating from the University of San Francisco in 2003. For twelve years, she worked as a producer, director, and editor in the San Francisco Bay Area working with Oscar-nominated and Sundance award-winning documentary filmmakers. In 2011, Angie relocated to her hometown of El Paso, Texas. Alongside five powerhouse women filmmakers from the U.S.-Mexico border, she co-founded the Femme Frontera Filmmaker Showcase which amplifies films made by women and non-binary filmmakers from border regions around the world. The organization has been featured in Variety, Texas Monthly and Remezcla and is receiving support from the Ford Foundation, Sundance Institute, and the Perspective Fund. In 2022, Angie will complete her first feature narrative script and begin work on a feature documentary about seeking environmental justice in her hometown.

Merrill brings years of experience supporting filmmakers and artists to their position as Co-Director of IF/Then Shorts. Previously as the Head of Alliances and Cultural Engagement at Cinereach, Merrill expanded Cinereach’s impact by developing methods of support for regional and community-focused film organizations and collectives. In 2010 Merrill co-founded Film Presence where they led theatrical outreach campaigns to connect films with crucial audiences outside the arthouse bubble. They also worked in post-production and managed the Production Assistance Program at Women Make Movies. In 2020, Merrill was named as one of DOC NYC’s inaugural New Leaders cohort.

Jameka is an award-winning filmmaker and investigative storyteller. Her most recent feature documentary, THROUGH THE NIGHT (POV) was awarded a duPont-Columbia University Award and was selected as a New York Times Critics Pick. Other producing work includes Emmy-Award winning ERNIE & JOE: CRISIS COPS (HBO), MARATHON: The Patriots Day Bombing (HBO), and IN MY FATHER’S HOUSE (Showtime). Jameka is a 2020 Women at Sundance | Adobe Fellow, 2019 Sundance Creative Producing Lab Fellow, 2017 Impact Partners Documentary Producers Fellow and she was selected for the inaugural DOC NYC ‘40 Under 40’ list in 2018. She is an adjunct professor at Columbia University’s School of the Arts, a graduate of Duke University’s Center for Documentary Studies, and received a post graduate fellowship at the Investigative Reporting Program at the UC Berkeley Graduate School of Journalism. She is a Mentor of SFFILM FilmHouse and sits on the board of Investigative Studios.

Bedatri is a culture journalist and documentary film professional. She has managed documentary projects at Doc Society, Working Films, The Gotham Film & Media Institute, and CAAM, among others. An alumna of the NYFF Critics Academy, Sundance and SXSW Press Inclusion Initiatives, the National Critics’ Institute, and Berlinale Talents, she lives in New York City. Presently, she is the Managing Editor of Documentary Magazine, and an Associate Programmer with DOC NYC and Indian Film Festival of Los Angeles.

Farihah is a queer Bangladeshi-American filmmaker, writer, and curator whose award-winning work has screened at Sundance, TIFF, NYFF, Tribeca, SXSW, and more. She produced the Sundance-award winning Netflix Original Ghosts of Sugar Land, which was shortlisted for 2020 Academy Award nomination. Zaman has written for Reverse Shot, Film Comment, Elle, and Huffington Post and her industry experience includes roles at Magnolia Pictures, IFP, The Flaherty Seminar, and Laura Poitras-founded company Field of Vision. Zaman also teaches and mentors at institutions like SVA, NYU, Uniondocs, and Bronx Documentary Center, and through equity driven collectives like Beyond Inclusion and Brown Girls Doc Mafia, where she serves as the Director of Grants and Program. Zaman was Documentarian in Residence at Bard College 2018-2019, named a Top 40 under 40 filmmaker by Doc NYC, and is an Impact Partners Producing Fellow and member of the Academy of Motion Pictures Arts and Sciences.