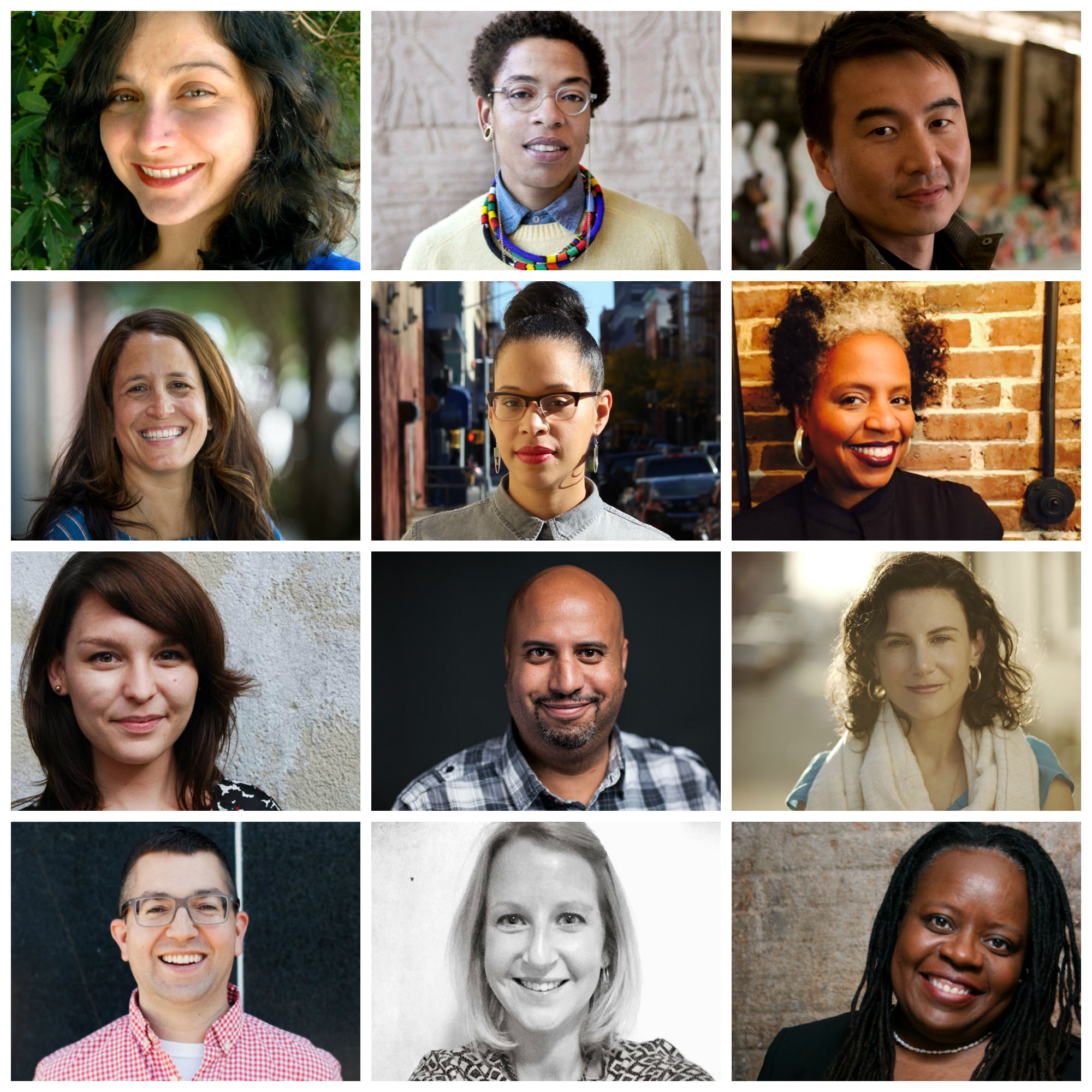 Rockwood is proud to announce the 2017 cohort of the Rockwood JustFilms Fellowship!

This fellowship brings together 12 leaders working at the intersection of storytelling, film, and social change to learn powerful skills that will shift their capacity for leadership and collaboration. This cohort represents a wide range of established leaders in the film and digital storytelling sectors including: organizational leaders, media impact producers, filmmakers, thought leaders, curators, archivists, and critics. Through two residential retreats, peer coaching sessions, and additional leadership support, they will develop stronger working partnerships with each other, and with leaders of other social movements.

Join us in congratulating our 2017 fellows: 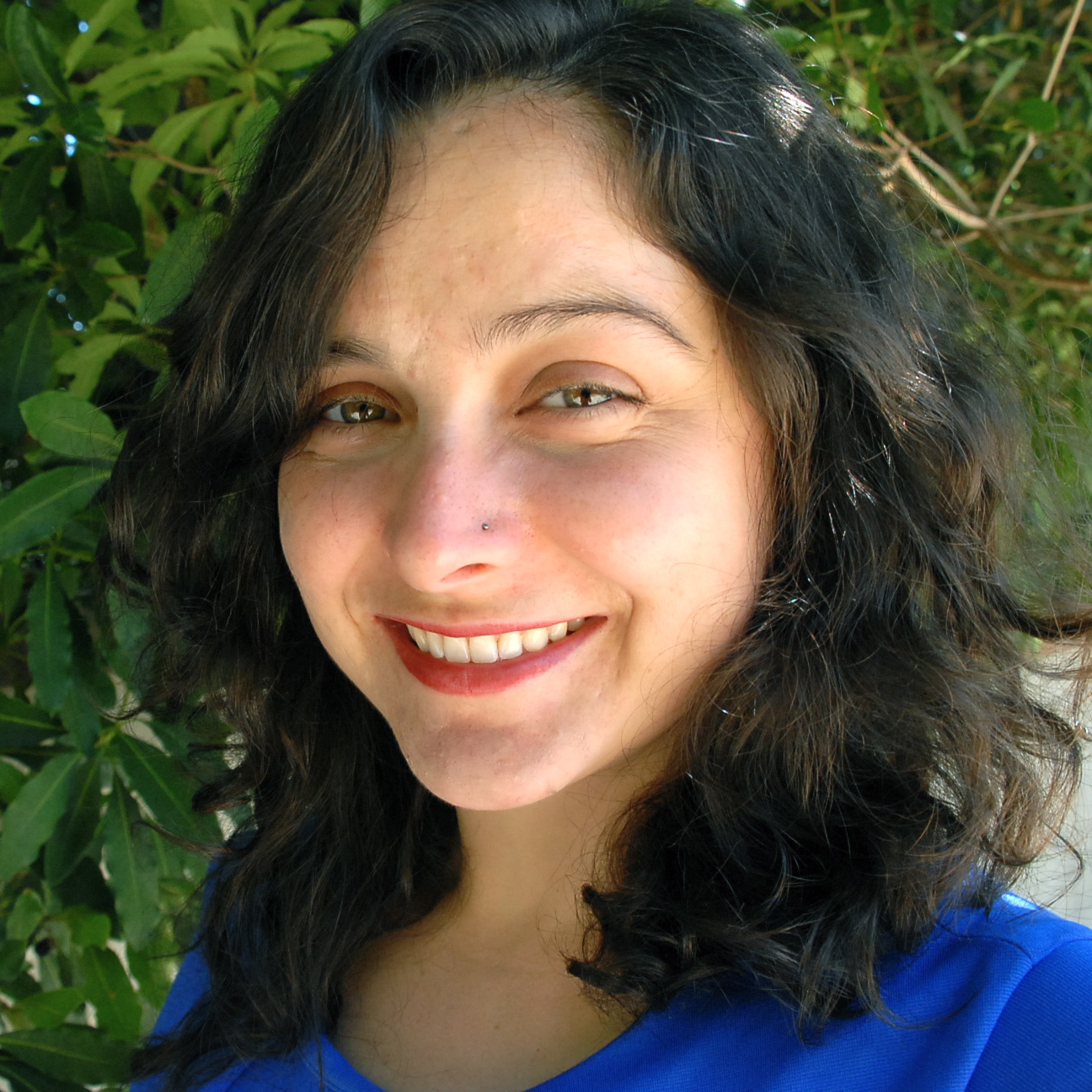 Kimberly is a Colombian-American writer, director, and producer based in Los Angeles. Her award-winning documentary film Justice for My Sister about femicide in Guatemala broadcast on PBS Stations and TeleSUR. She founded the arts nonprofit Justice for My Sister Collective, to train young women of color in film production with an intersectional feminist lens, and to tell stories that advocate for healthy relationships and promote gender equality. Kimberly is a consultant for Firelight Media’s emerging filmmakers of color. She is a founding member of Cinemáticas in Los Angeles, a self-curated peer mentoring group of mid-career and established filmmakers. Kimberly directs music videos for feminist hip hop artists. She is currently writing and directing a short-form comedic series for The SweetSpot, about a group of diverse friends who contend with modern-day adulthood and an unconventional love triangle. 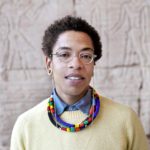 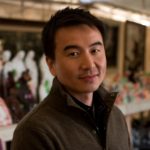 Leo is a documentarian based in San Francisco and Taipei. He is drawn to character-driven stories from communities on the outside, especially immigrant and LGBTQ stories. He was nominated for a News & Documentary Emmy Award with A Village Called Versailles (2010). His other films as a director include Out Run (2016), Mr. Cao Goes to Washington (2012), and To You Sweetheart Aloha (2005). Leo was recently a Sundance Institute fellow, and an artist-in-residence at Northwestern University. He is currently the co-chair of New Day Films, the social-issue documentary distribution co-op; a consulting producer and trainer for CNEX, the Chinese documentary foundation and pitching forum; and the co-founder of the newly formed Asian American Documentary Network. Leo received his MFA in film production from University of Southern California. He has taught documentary production at University of California in Santa Cruz and Berkeley, and the Communication University of China. 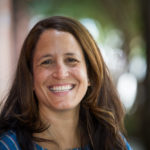 A Brasilian-American filmmaker, Luisa works at the intersection of storytelling, social justice, and cities. She produced and directed the multi-platform documentary Land of Opportunity, which chronicles the reconstruction of New Orleans through the eyes of those on the frontlines and asks the question: what kinds of cities do we want to (re)build in the 21st century? The project includes a feature film and groundbreaking interactive web platform produced in conjunction with partners in six cities. Luisa co-produced the documentary Wal-Mart: The High Cost of Low Price. Her first fiction film, Bolo, was produced in Brasil. She has written for the animated series Go, Diego, Go! for Nickelodeon Television. Luisa is currently working as a consultant with the Ford Foundation to develop a narrative-shift strategy to support equitable urban development. Her work has received funding from Chicken and Egg, Rockefeller, and Ford. She is also a member-owner of New Day Films. 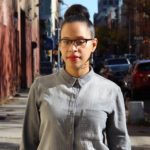 Loira is an Afro-Latina filmmaker and DJ interested in the creation of art that affirms women of color and builds solidarity across communities of color. Her first film, Estilo Hip Hop, was a co-production of ITVS and aired on PBS in 2009. She is currently the Vice President and Documentary Lab Director at Firelight Media. Firelight is committed to making films about pivotal movements and people in American history. Recent productions include: The Black Panthers: Vanguard of the Revolution, Freedom Summer, and Freedom Riders. Firelight’s flagship program – the Documentary Lab – is a fellowship that provides mentorship, funding, and access to emerging filmmakers of color. Loira is currently directing Through the Night, a feature documentary about a 24-hour daycare center in New Rochelle, NY. Additionally, she co-produces and helms the popular monthly #APartyCalledRosiePerez. For over 15 years, Loira has worked in the nonprofit sector with a focus on cultural production, access, and representation. Loira received a BA in history from Brown University and is a graduate of the Third World Newsreel’s Film and Video Production Training Program. She lives in the Bronx with her two children. 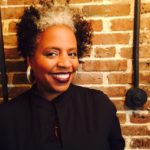 Producer, curator, and author Elissa has developed public art, exhibitions, and film programs for the last 25 years. She is currently a principal partner and producer at TNEG film studios, which creates experimental films, documentaries, and time based-installations. She co-founded Red Clay Arts in NYC, where she curated/produced over 20 exhibitions and multimedia projects in NYC and beyond, including; Random Occurrences, a multi- venue exhibition; Cat Calls, a street harassment project, at St. Ann’s Warehouse and the NYC Museum; Practicum, the inaugural experimental series at BRIC; FunkGodJazzMedicine, the multisite project in partnership with Creative Time; Art in Odd Places, an outdoor performance and visual art installation; and Flux Atlanta, an installation of video, visual, and performance work.  She is currently serving as curatorial advisor for The Contemporary, and as a Public Art Commissioner in Baltimore City. She is the author of P is for Pussy, an illustrated “children’s” book. 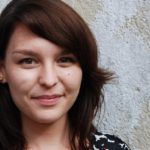 Molly co-directs Working Films, a nonprofit organization that uses documentaries to advance social justice and environmental protection. In her 17-year tenure, she has planned and directed national engagement campaigns, facilitated partnerships, and coordinated coalitions centered on the use of nonfiction media to enhance communication, reach beyond the choir, and make an impact. Molly designs and leads trainings for filmmakers, grassroots organizations, and NGOs focused on using visual storytelling to effect change. She directs Working Films’ issue organizing campaigns in states throughout the US to advance clean energy solutions, racial and economic justice, and civil rights. 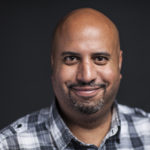 Michael is an artist, journalist, and filmmaker. He’s Co-Founder and Executive Producer of Storyline, a production company building power with story and strategy. Storyline makes documentaries, and consults with artists, filmmakers, and non-art organizations on community engagement strategies using creative content. Michael has devoted his life to the evolution of consciousness, culture, and systems of relating to one another and the Earth. Recent projects include the multi-platform project 28th Amendment: Housing is a Human Right, the participatory documentary Sandy Storyline, the short film and exhibit Water Warriors, and Veterans Coming Home, a multi-platform public media series for PBS. He has produced theater, photography, and documentaries independently and with numerous companies, including Hip-Hop Theater Festival, the Peabody Award winning StoryCorps and the New York Times. As an organizer, he has worked on local and international campaigns. He is an affiliate with the Interaction Institute for Social Change, and is on the board of trustees of A Blade of Grass. 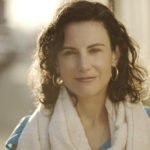 Hannah Rosenzweig is a filmmaker, producer, activist, and communications consultant. As a communications team member and organizer for the Women’s March on Washington, she created media to generate momentum for the march. For over 10 years, Hannah has produced digital videos and ads for democratic campaigns, including Hillary for America in 2016. She also makes independent documentary films, including Puppet, which premiered at the DOC NYC Festival. Hannah has a background in public health, and regularly works as a consultant to the NYC Department of Health and other health and social justice organizations. She holds a masters degree in public health from Columbia University, and a BA in History from Oberlin College. Currently she teaches Digital Media & Health to a group of passionate college students in New York City. 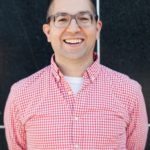 Driven by the idea that investing in culture in challenging environments can affect social change Andy’s career has focused on his hometown of Columbia, South Carolina. He is currently the CEO of the Columbia Film Society, overseeing the organization’s two entities: the Nickelodeon Theatre (South Carolina’s only nonprofit arthouse cinema), and Indie Grits Labs. In 2007, Andy founded the Indie Grits Festival, an annual showcase of cutting-edge southern film and culture that has since evolved into a year-round entity providing support to southern artists and filmmakers in addition to media education opportunities for local students. A graduate of Swarthmore College and UCLA, Andy currently serves on the boards of the Art House Convergence and the South Carolina Appleseed Legal Justice Center. In his free time, he works as an assistant to his wife, theater artist Kimi Maeda.

Nicole is Deputy Director at BRITDOC Foundation, a nonprofit founded in 2005 that’s committed to enabling great documentary films and connecting them to audiences globally. Based in London and New York, BRITDOC works with independent filmmakers, impact producers, and partners all over the world. Nicole strategizes with filmmakers and impact producers on how they can use their films as a strategic tool for social or environmental change. She also brokers new and exciting partnerships with organizations from across civil society, including: foundations, philanthropists, NGOs, brands, policymakers, activists, technology innovators, and media for the global Good Pitch program, and BRITDOC as a whole. Before joining the foundation, Nicole worked as a television journalist for broadcasters, including RTL News and Al Jazeera. She finished her MA in International Journalism in Cardiff in 2008, and has previously lived in The Netherlands, USA, South Africa, and Wales.

Yvonne Welbon | Senior Creative Consultant and Producer, Chicken & Egg Pictures
Yvonne is Senior Creative Consultant at Chicken & Egg Pictures, and the founder of the Chicago-based nonprofit Sisters in Cinema. She is an award-winning independent filmmaker, educator, and media consultant, and has successfully produced and distributed over 20 films that have screened on PBS, Starz/Encore, TV-ONE, IFC, Bravo, the Sundance Channel, BET, HBO, and in over one hundred film festivals around the world. Titles include: Living With Pride: Ruth Ellis @ 100; Yoruba Richen’s The New Black (exploring the intersection of faith, racial justice, and LGBT rights); and the multimedia project Sisters in Cinema, a documentary, website, and book-in-progress on the history of black women filmmakers. Yvonne received a BA from Vassar College, completed an MFA at the School of the Art Institute of Chicago, and has a PhD from Northwestern University. She is also a graduate of the American Film Institute’s Directing Workshop for Women.

"The world is not well served when I close my heart." ~ Akaya Windwood